All News Your Way

One of the biggest problems with Virtual Reality (VR) headsets is that they still all resemble VR headsets- glorified ski googles taking you to a whole new world. This does not mean Panasonic has solved the issue with its own VR glasses at CES this year. However, the project is quite remarkable as it represents some sought of improvement. To be precise, regular-ish glasses having a dash of steampunk aviator style. The VR glasses from Panasonic offer technical improvements over other solutions available in the market.

This one of a kind micro OLED panel co-developed by both Panasonic and Kopin is extremely high resolution. What is even more fascinating is the fact that there is almost no hint of the “Screen-door effect” witnessed in most VR hardware. Furthermore, they also happen to be the first VR glasses that support HDR. For those who might not know, HDR proved impressive during a CG demo of the interior of a Japanese temple. In fact, the light was realistically bouncing off golden decorations. 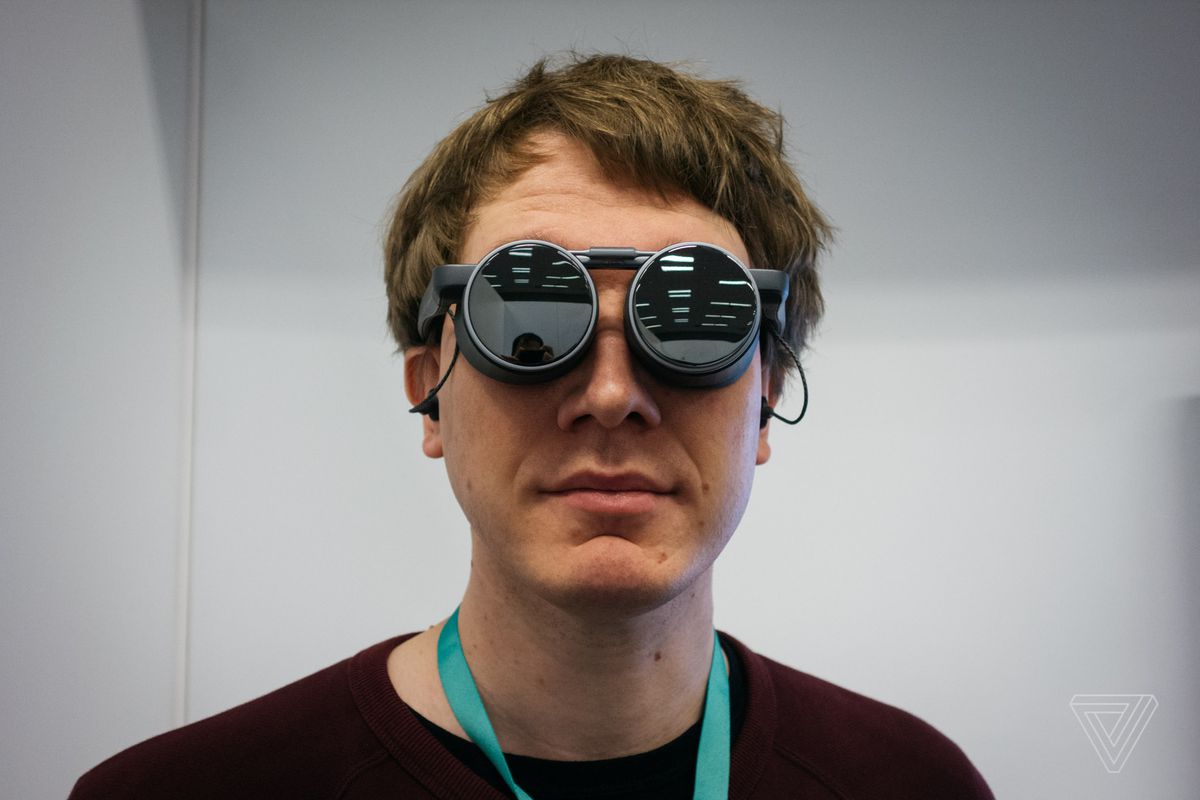 To make the headsets remarkable and unique, Panasonic has used its own audio technology with Technics drivers in the earbuds guaranteeing rich, dynamic sound. Reports from the company also indicate they made use of optical designs from the Lumix camera division and other similar signal processing technologies present in their TVs and Blue-ray players. Unfortunately, Panasonic might not sell these as a consumer project. Instead, they seem to be pointing to commercial applications that are definitely going to spring up alongside the rollout of 5G networks. Japanese companies are already talking about this technology invention, given the Olympic Games in Tokyo.

Despite this, Panasonic deserves praise for designing VR glasses that have both better quality and guarantee better form factor. Even though it might not make for a practical consumer product just yet, it is still a step in the right direction when it comes to making VR technology more pleasing to a conventional audience. Actually, the glasses are significantly lighter and run a single USB-C cable through the end of one of the glasses’ arms.

Aaron writes about design, technology, video games and whatever “culture” is supposed to be. In his spare time he enjoys scouring the world for beautiful furniture, taking long walks on the beach, training orphaned dolphins and making up facts about himself.
Email:Aaron@mediosindependientes.org

Samsung’s Next Flagship Galaxy Phone to come with 120Hz Display

Wi-Fi 6 Is Finally Upon Us