All News Your Way

Chances are you have already seen Samsung’s new rugged smartphone containing a removable battery, The Galaxy Xcover Pro. This smartphone was revealed on their Finnish website for a short while before it was finally taken down. The company has however launched it officially and it is going to cost $499 when it hits the US market in the first half of 2020. Samsung is currently working with Verizon to bring the phone to the market. At only $499, you are set to get a phone with a swappable battery that is 4,050mAh.

This one of a kind smartphone supports 15W fast charging meaning you will get it fully charged quite easily. To make it even better, the phone contains special docks that use pogo pins. Galaxy Xcover Pro is specifically meant for use by workers in industrial settings or those who are out in the field. Actually, the huge battery will theoretically allow workers the chance of using their phones for longer while at the same time providing a chance to swap in a different battery in a pinch. 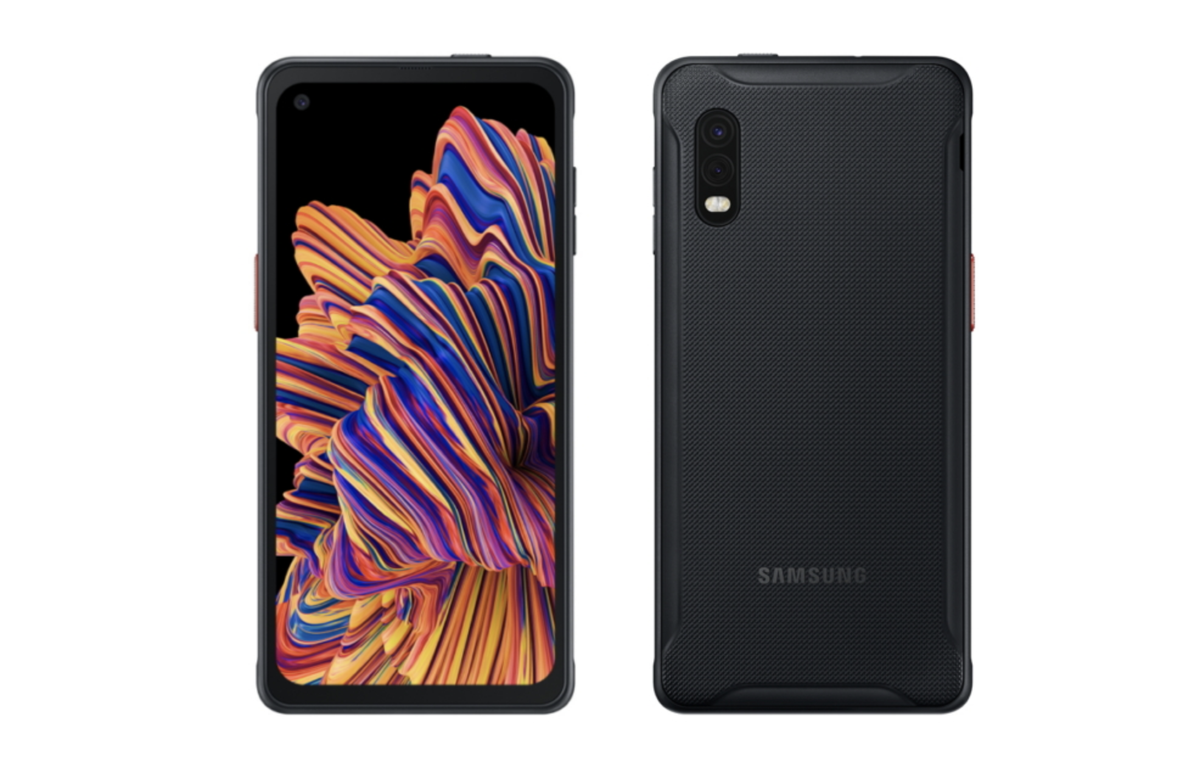 The phone also comes with two programmable buttons, which Samsung say can be programmed for applications such as push-to-talk. Microsoft Teams users can get to use the buttons with the new Microsoft Teams Walkie Talkie.

According to Samsung, Galaxy Xcover Pro is EMV Level 1 certified, meaning you might be able to run a business where customers pay you by tapping their NFC equipped credit card, watch or phone to your Galaxy handset. In fact, Visa approved this phone for its Tap to Phone Payments pilot program. For the phone to work perfectly, Samsung has added an iP68 dust and water-resistance rating that can withstand drops of up to 1.5 meters. The phone also happens to be MIL-STD 810G certified and hence it can withstand extreme altitudes, humidity, temperatures and other difficult conditions. As for the specs, they are mid-range: a 6.3 inch 2220 by 1080 display, a 2GHz octa-core Exynos 9611 processor, 4GB of RAM and 64GB internal storage. These amazing features actually guarantee good value for your money.

Joel is a technology passionate, looking forward to imparting the spectrum of his insight and verdicts on the ‘Technology-driven world’ of today. He plans to take Medios Independientes forward with consistent support from you readers, friends, and family! You can reach him at joeloquendo@mediosindependientes.org

Ketogenic Diet: Is it Really Worth the Excitement

What You Need to Know Before Buying Instagram Followers

Tips for Choosing a New Stereo for Your Car

What You Need to Know Before Buying Instagram Followers

Samsung’s Update for the Galaxy Buds Makes them Similar to…

Tips for Choosing a New Stereo for Your Car