A spokesman for the royal family on Wednesday confirmed Prince Charles, first in line to the British throne, tested positive for the corona virus. In a statement released by Clarence House, the prince’s official residence, Charles had been experiencing mild symptoms for a couple of days, but has ‘otherwise remained in good health’ and is now working from home. Prince Charles’ wife (The Duchess of Cornwall) was also tested but did not have the virus. Both of them are currently in self-isolation at their home in Scotland, Birkhall.

As per the statement from Clarence House, it was impossible to tell who Prince Charles may have acquired the virus from ‘owing to the high number of engagements he had performed in his public role during recent weeks. “The tests were carried out by the N.H.S, in Aberdeenshire, where they met the criteria required for testing,” the statement added. For members of the royal family, public appearances and handshakes meetings are the norm and Prince Charles had participated in a number of engagements this month. 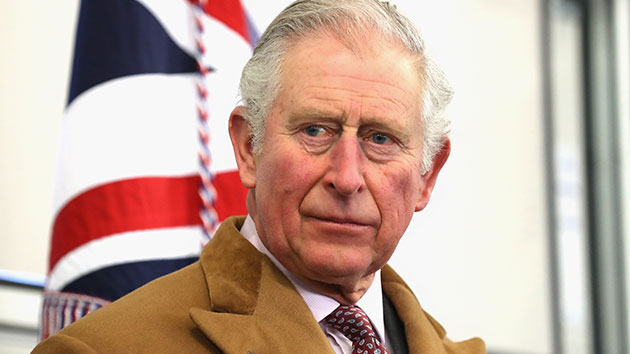 Prince Charles’ mother (Queen Elizabeth 2) also went into self-isolation last week, leaving Buckingham Palace for her country home, Windsor Castle. The Queen who is set to turn 94 next month, released a message to the nation urging Britons to stay at home for the greater good of the community. “You can be assured that my family and I stand ready to play our part,” she said in the statement released last week. Doctor estimate the earliest Prince Chares could have been infected with the COVIDE-19 is on March 13, a day after meeting her mother at Buckingham Palace. However, a spokesman for Buckingham Palace said “the queen remains in good health.”

With the number of deaths and infections rising all over the world, countries are now putting in place strict measures to contain the coronavirus. Most countries in Europe and Asia are now in total lockdown to curb the increasing cases of infections. At the moment, Italy has the highest number of deaths surpassing China where the Coronavirus was first reported.

IRobot Introduces a New AI-Powered Brain for Its Vacuum Cleaners

Aaron Finch - January 18, 2021 0
Using these cameras to monitor traffic is just the beginning of what this new product can do. Many customers want to record their employees...

Are you in search of the car insurance quotes? Know here

Factors to Consider Before Buying a Lady’s WatchOnline

Aaron Finch - January 18, 2021 0
It is common to walk down the street and admire fancy watches wondering what it takes to own a new piece.Well, wristwatches are no...

Aaron Finch - January 18, 2021 0
It is without a doubt that there’s always a sneaker for you provided you do your homework. Unfortunately, finding the right pair of women’s...

MediosIndependientes is a website intended to deliver news related to Technology, Software, and Smartphones. It is operated by writers and co-workers located at several locations globally. We aim to create high-quality content for our readers of tech niche. At IndependentMedia, we offer the latest news, prices, breakthroughs, and analysis with emphasis on expert opinion and commentary from the technology and developers community.
Contact us: mediosindependientesofficial@gmail.com

What to Look for in a Coffee Maker

Copyright @ 2020 | All Rights Reserved
We use cookies to ensure that we give you the best experience on our website. If you continue to use this site we will assume that you are happy with it.OkNoPrivacy policy